The Gulfstream IV Private Jet Aircraft is a significantly improved, larger version of the earlier G-II and G-III. First delivered in 1987 the G-IV is recognizable by its low/swept wing with winglets, its swept T-tail with swept horizontal stabilizer, and its two rear fuselage mounted engines. More room was available because of the lengthened fuselage, so now each side has 6 large circular windows. It can seat up to 13 passengers and is piloted by a 2 man crew. The Gulfstream IV cruises at speeds up to 505 knots and has a range of 4,900 nautical miles. 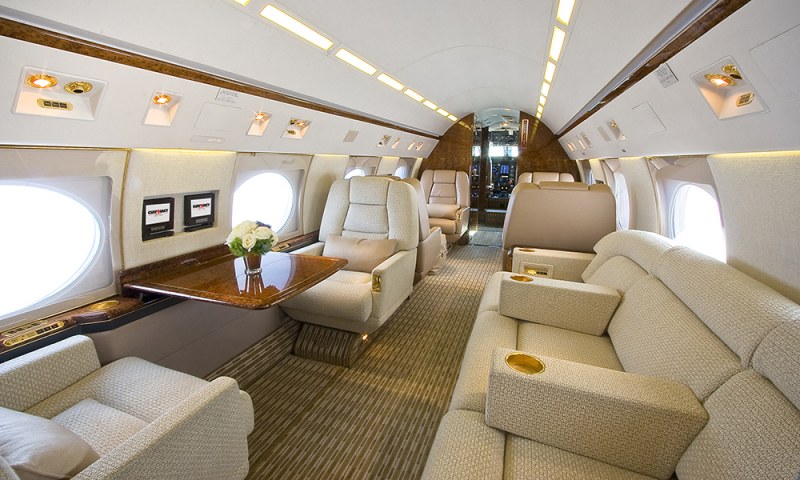 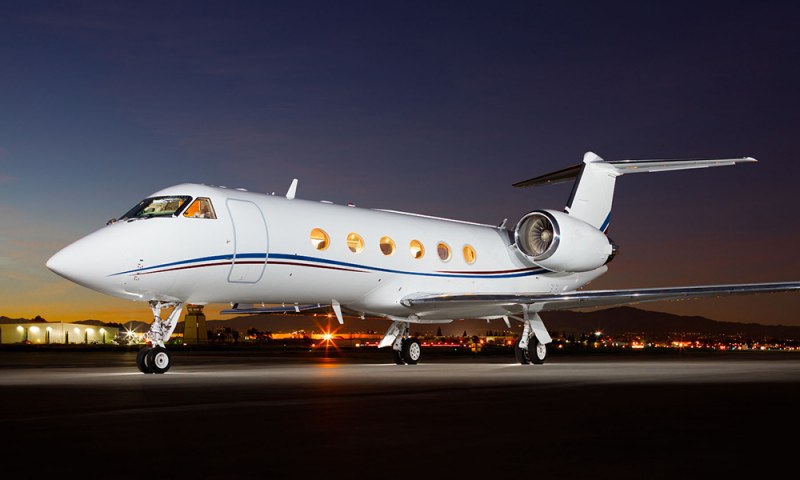 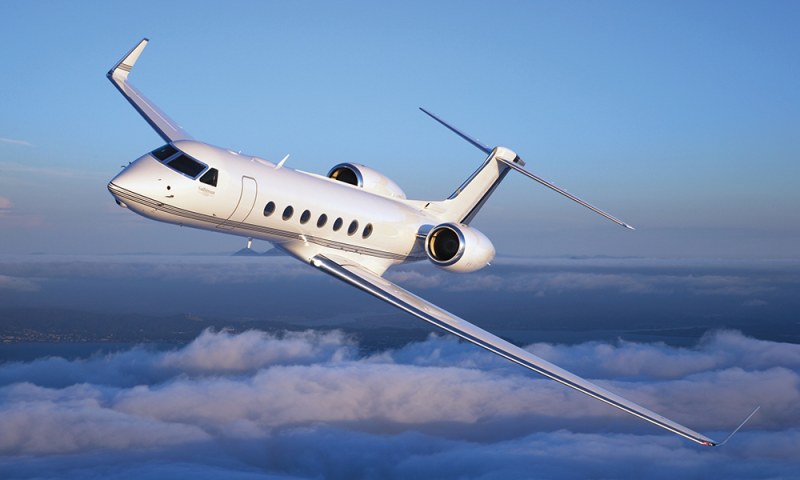